I am particularly interested in eddies, which are the ocean equivalent of atmospheric storms, only smaller. In the Southern Ocean, eddies are tens of kilometres in size and can persist for weeks, stirring and mixing the ocean as they go. They are crucial for moving heat, salt, and other ocean properties, north and south between the seas close to Antarctica and the other ocean basins. They are also really important for setting the overall strength of the Antarctic Circumpolar Current (the ACC), which transports these properties eastward in the world’s longest and strongest ocean current. Eddies also play an important role in determining how much surface water in Southern Ocean is taken down to the depths of the ocean basins, where it can remain for thousands of years.

You can read more about my current research below, or else read about my PhD Research.

I am currently using a type of computer model called an adjoint model. Put simply, adjoint models are approximations of a model that allow us to directly calculate how sensitive a particular quantity we are interested in is to other ocean properties. For example, we might want to know how sensitive the temperature of the Southern Ocean is to the wind, or the rainfall, or the ocean salinity. This paper gives a nice introduction to adjoint models: Errico, R.M., 1997: What Is an Adjoint Model?

I am using adjoint models for my work on two NERC-funded projects: ORCHESTRA (Ocean Regulation of Climate by Heat and Carbon Sequestration and Transports) and SMURPHS (Securing Multidisciplinary UndeRstanding and Prediction of Hiatus and Surge events).

The ORCHESTRA project aims to “advance our understanding of, and capability to predict, the Southern Ocean’s impact on climate change via its uptake and storage of heat and carbon.” I am using adjoint models to look at how the sensitive the heat in the upper layer of the Southern Ocean is to surface effects such as wind, rainfall and surface temperatures. Most of these quantities are poorly measured in the Southern Ocean. Calculating these sensitivities will not only improve our understanding of these processes, but help us focus our observational efforts in places where the sensitivities are large.

The SMURPHS project seeks “to understand both the slowdown in the rate of warming since the late 1990s and also earlier hiatus and surge events.” ‘Surges’ and ‘hiatuses’ are times when global surface temperatures rise faster or slower than the long term (multi-decadal) trend. The oceans, and especially the Southern Ocean, take up large amounts of heat from the atmosphere. Exactly how much heat enters the ocean, and how much stays in the atmosphere, can determine whether we see a ‘surge’ or a ‘hiatus’. I am using adjoint models to investigate how the sensitivities of the Southern Ocean differ and evolve during surge and hiatus periods. We hope to determine whether the ocean plays a role in switching between the two periods. 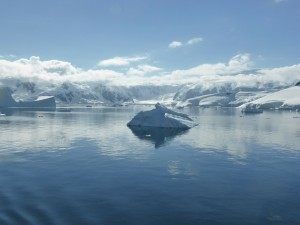